…assuming they would have me (or by some miracle I wasn’t cut during an audition)!

When I was a kid, my Mom made my brother and me join our church’s Jr. Choir.   Mrs. Craig, the Choir director, probably gained her sainthood while trying to make something out of us elementary boys.  As a child, I really had no appreciation for singing.  Sure, I liked music, but I didn’t have the pipes or the know-how to make my kind of music (or at least the kind  I wanted to listen to).   In those days, my churched peers and I spent many Sunday afternoons practicing and learning songs that we would eventually sing to congregation members of our church.  Practices seemed like torture by boredom intermixed with prolonged lessons about self-control (specifically how to least annoy our beloved Choir director).

Was I talented?  Nope.  Have I acquired more vocal talent since then?  Not even close.  I know I can sing better than some folks, but I’m realistic… meaning I have no delusions of ever getting a recording contract.  Even so, I love music.  I listen to plenty of it, sing it in the shower (or in the car), google to contemplate lyrics, read about it in books, and enjoy finding out useless trivia behind the tunes (usually from artists, songwriters, musicians, producers, or managers).   BTW, does anyone  know what happened to Pop-Up Video anyway?  I used to love that show.

So when I happened upon a video of Choir!Choir!Choir! I thought, “This is a choir I so want to join.”  Watching the video, these people look like they’re having fun, singing their hearts out to some of my favorite songs (Isn’t this the coolest Sloan cover?).  And they’re enjoying beer while doing it… that’s my kind of choir!  It’s too bad I don’t enjoy beer… but I do like the occasional glass of wine.  Enjoying wine while singing old pop songs? Even better!

A couple of my co-workers have mentioned how easily they get sucked into the show Glee.  If you know me, you know I seldom have time for TV (mostly because of my dedication to the Purple Prison), but I have seen parts of Glee episodes to know their appeal.  Popular songs as old as my generation, arranged with a fresh harmonies, and performed by vibrant youth pretty much equals ear candy.  What’s not to like?

Unfortunately, I won’t be auditioning for Choir!Choir!Choir! because they meet in Toronto (which is only a stone’s through from Calgary, if you happen to be Superman.  All 3235 km).  From what I can tell, you pretty much pester the leader on facebook, bring $5 each week, and show up ready to sing.  A singing hack like me might even get in, eventually.  I like how this article indicates this choir has ” solidified a reputation as the best damn no-commitment choir in the city.”

One of their two facebook sites says “Choir! Choir! Choir! is a singing group based in Toronto. Since February of 2011, they have been throwing down and saving lives.”  I’m not exactly sure how they’re saving lives.  From what I know, Jesus Saves.  Conversely, I suspect Choir!Cubed (my nickname, not theirs) might save people from boredom on a weeknight, or from going crazy when lacking an outlet for expression, but these folks don’t seem to be teaching CPR, First Aid, or Lifeguarding.

All the same, I think that the Choir!Cubed brings its members, audience, and random listeners into community.  And couldn’t we all use a little more community–spending time together, friends and strangers, sharing each others company, singing (or listening) together to songs that bring smiles to our faces?  I think it’s why that Cheers intro always tugs on our hearts… “Where everybody knows your name…” 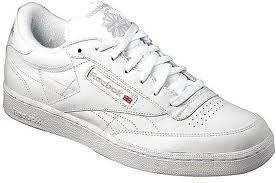 My oldest child started Jr. High this fall.  I hadn’t anticipated it, but ended up a bit edgy for both her and us old folks (a.k.a the parents).  For Jana, a few tears were shed under the pressure of everything new, unknown, and uncertain.  Recalling those uneasy feelings from our own school days, Karen and I found ourselves at a loss for those perfect words to ease our daughter’s worry.

That was a few days ago.  Everything went just fine.  Insert collective sigh of relief here.  Most fears quickly deflated, and everyone seems excited by the new year.

As our daughter has entered the adolescent years, I’m reminded of how teenagers can sweat, and how those developing sweat glans can… er… what’s the word? Stink.  A couple of days ago we visited Jana’s school for a parental orientation.  The school board seems to have adopted a sparing usage of the air conditioning.  Despite it being September, at the end of the day, the place was stifling and reminded me of the Sahara Dessert.

One of the teachers joked about the place being hot, and the importance of making sure our kids took a daily shower (more for her benefit than the kids).  Later, as we walked down the hallways to our next class meeting I caught a whiff of something.  The school, nearly 30 years old, had a unique odor… maybe even a funk… and then a Kurt Cobain song title popped into mind… Smells Like Teen Spirit.  Maybe that’s what he meant?

Nope.  After I Googling it,  I determined that Cobain meant something completely different, but  in the end the song title ironically did make reference to an odor.  More specifically, fighting odors of the armpit kind….

Teen Spirit was first released by Mennen early in 1991, and with heavy advertising campaigns, it had soon “established a market niche” with teen girls.[3] However, one of its biggest boosts came from the grunge band Nirvana’s “Smells Like Teen Spirit,” a song that was inspired by a friend of lead singer Kurt Cobain, Kathleen Hanna (lead singer of the punk band Bikini Kill at the time), spray painting “Kurt Smells Like Teen Spirit” on his wall (because Tobi Vail, Hanna’s band mate and Kurt’s then-girlfriend, wore Teen Spirit). At the time the song was released, Cobain had no idea that the brand even existed; when he did find out, he was rather upset that the song had apparently been named after a line of deodorant.[4]

Thinking back to the stink…  When I was in Jr. High, grade eight I think, white leather Reebok shoes were all the rage.  Pretty much every kid had them, or wanted them.  And when I got mine, I was just happy to be in style.    A month later, sitting on the floor in a Phys. Ed class, I remember thinking, “What stinks?”  I sniffed closer to my shoes…  I took my shoe off.  Blah!  Sure enough, my feet were sweating up a storm in my leather shoes.  Together, my feet and the shoes were creating this horrid aroma.  Those shoes might have been trendy, but in a second, I vowed I’d never wear them again (at least at school).  I figured it was far better to be known for lack of fashion than to be known to have smelly feet. 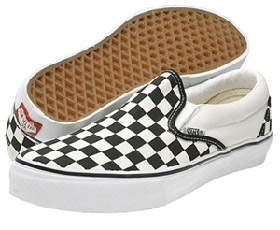 Growing up in the eighties, most guys I knew went through the ever-popular BMX years.  And along with BMX-ing came Vans shoes from California.  Nearly every kid riding a BMX bike had a pair of those checkered Vans.  The black & white pattern was most common and early imports were of the slip-on variety.  Eventually different colored checkers and tie-up versions also made it to Canada.  Despite being popular and therefore deemed cool, these shoes were pretty much useless.  Skateboarders (or should I say skaters) might argue differently, but the rubber bottoms were crappy for running and the canvas tops didn’t breath (ah, yes, more stinky feet for me).  Since the shoes were slip-ons, it meant they also easily slipped off, often at unexpected and inopportune times.  It wasn’t uncommon to end up bare foot (or in stocking feet) while running a fast football play on the field.

Most the time, I proudly wore my Vans while riding my bike, but on two occations my prized shoes got shredded by the Bear-Claw BMX pedals on my Factory Kuwahara (for the lay person, that was the brand name of my BMX bike).  Never the less, my friends and I persisted and wore them anyways–all in the name of popular fashion.  Well, actually, we just wanted to be cool.

Below are some pictures of my bike that took me way… way back.  I had a KZ-02 model that was nearly identical bicycle pictured below (except my seat post was metallic blue, and I only had a one piece crank).  The last paragraph sparked my curiosity.  Here’s what I found online…

Below is a picture of an IRC BMX tire that came with my Kuwahara.  It only took about 2 months and I had to replace the back tire (as a kid, skids and power slides were extremely fun).